The concept was to transport the message of the song through a game-like aesthetic, where the player can try and start all over if he fails. On our way we distanced from the idea a little bit, into a more arty scenario where both characters had one goal, to find each other across different worlds. At the end they finally meet but just for an unreal short moment in an unusual way.

This conceptual approach leaves a lot of room for interpretation. Produced during a global pendemic in a melancholic time where people indeed long to explore new worlds and most social interactions happen digital, the video transports what we all feel and miss. Travelling and exploring will probably not the same for a longer time period and meeting people through digital applications just doesn´t feel real.

The surreal aestetic of the video is meant to adapt the surreal time we live in. 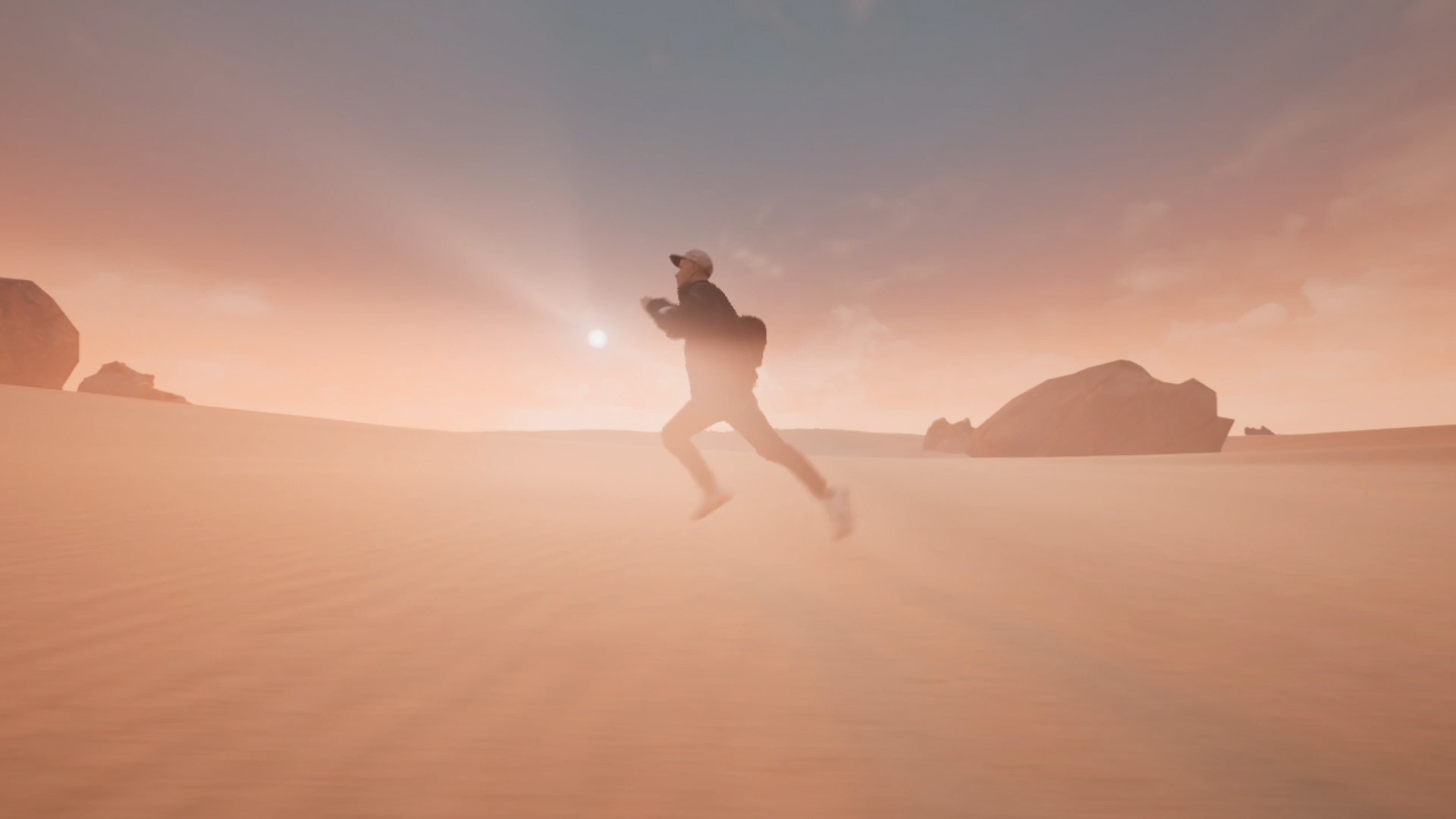 By planning a full CGI musicvideo, we pretty fast realized that we couldn´t go the traditional way due to the short production time. We decided to create everthing in Unreal Engine, so that we have a realtime project where rendering and mostly animating is unnecessary. 90% of the shots in the video are screencaptured while we where playing these levels with a game controller. For the intro- and establishing shots, we animated some cameras and also both of the characters.

To get our characters to look as close like the two artists as possible, we used a 3D scanning technique where a bunch of photos are taken around the person. After some computer magic, you will have a T-Pose 3D character ready to animate - or in our case - to play.