The idea behind this, was to create a trick, that looks real but is nearly impossible and never been done before. After a short planning time and a couple of days working on that piece, I uploaded it and went to a job in the backcountry for a few days, where I only had shitty mobile data.

In the end this trick made it to the skatenews channel "Skateline" on youtube, several blogs and random guys who tried to prove its "realness" with videoanalyses on youtube...everyone was arguing about if its fake or not.

I also got an interview about it in the german skatemag "Monster Skateboard Mag" (scroll down for english version). 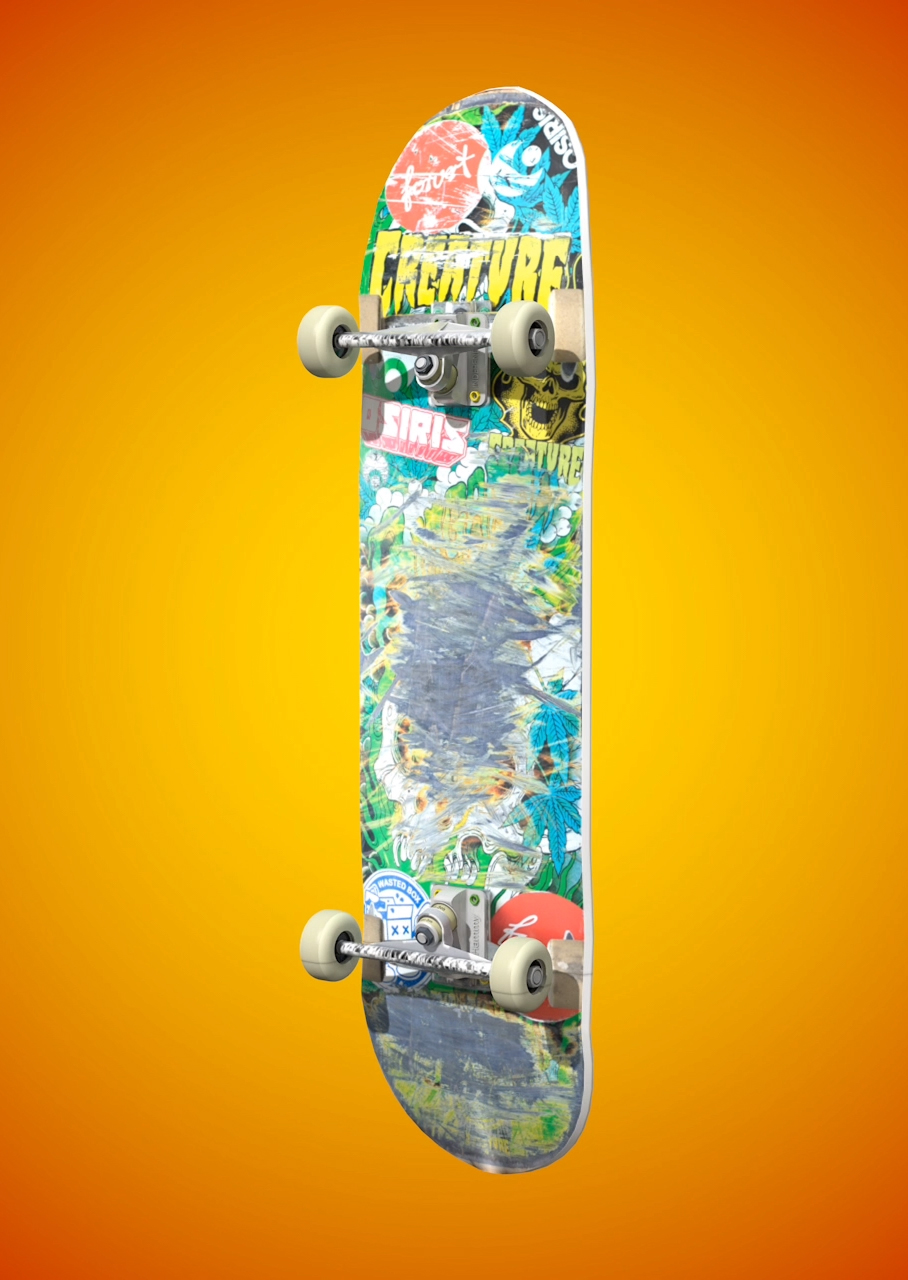 The process was simple. After filming Marcel Weber with a regular flip backtail, I erased the original skateboard out of the scene, from the moment of leaving the ground till the board is locked in on the curb perfectly.
The next step was to find and track in a cleanplate to have a smooth shot without a skateboard in it. After rebuilding the skateboard in 3D (from pictures I took before), I just composited everything together.

Much like Bigfoot, Chupacabra, and the Loch Ness monster there has been a lot of speculation around the office about whether or not this trick is real.

Much like Bigfoot, Chupacabra, and the Loch Ness monster there has been a lot of speculation around the office about whether or not this trick is real.